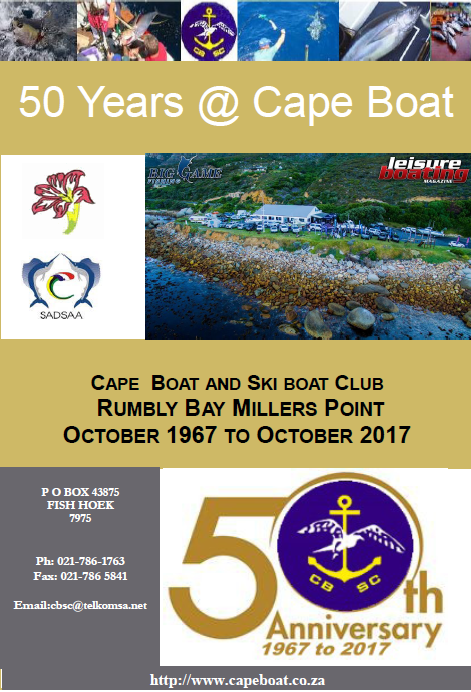 Cape Boat and Ski Boat Club is one of the oldest fishing clubs in our country and has pioneered the development and implimentation of the rules and regulation now accepted as standards in the industry. With over 50 years of experience and support we remain the fore runner in our sport.

Leave a quick message. Or visit our Feedback page for more information.